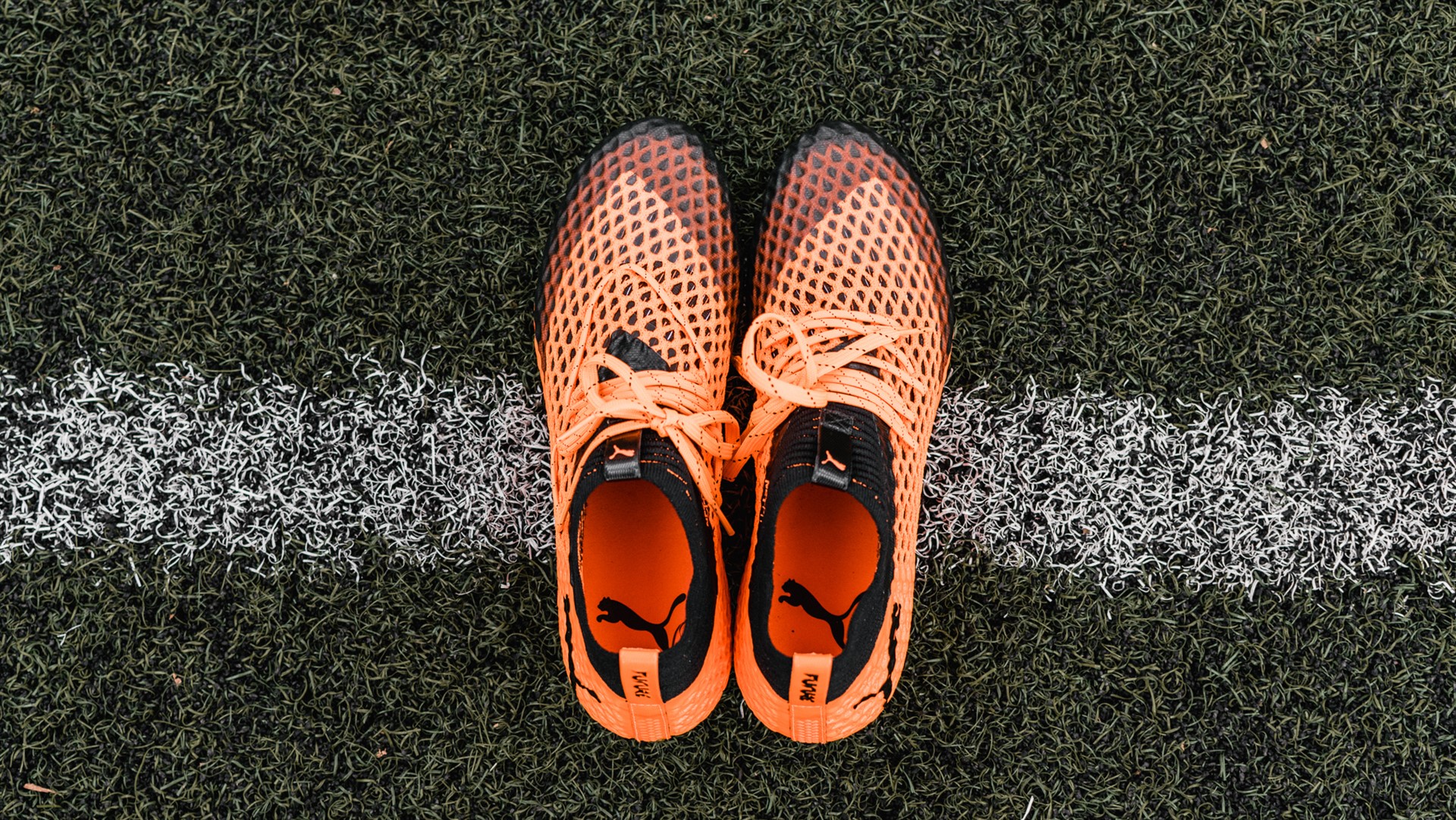 7
out of 10
Check for the best prices at
Puma.comProdirect Soccer

Can personalizing your laces really aid in performance? We find out with the Puma Future 2.1.

The big 3 (Nike, adidas, Puma) have been pushing the boundaries of innovation the last few years. From mid cut boots to knitted materials, they have led the industry in designing cutting edge football boots for the market. That said, Puma is still a step behind in resources as compared to the swoosh and three stripes.

The Puma Evospeed, Evopower and King silos were not at the top of the list when it came to the speed, control or heritage/leather options in the market. So big cat did the smart thing and went on to create a new niche and concept that was hard to define but most definitely unique to them. In came the Puma Future.

Puma has pioneered their unique Netfit technology across all their footwear and it was a matter of time until it reached their football boots. Netfit is a tough netted material that is attached to and hugs the upper of the boot. Puma believes that you should be able to customize the lacing so as to fit the needs of different feet sizes and shapes.

I was quite keen to try out the boots as I do have an average to moderately wide feet. Could the a varied style of lacing really affect how it feels on the boot? Upon putting on the Puma Future 2.1, I did notice that the boot was quite narrow and I stretched the evoKNIT material across the centre of the boot quite considerably. This meant that I had to look for solutions to accommodate my wider feet and secure a decent lockdown.

I decided to give the lacing a go by having laces on one boot loop higher up the midfoot and the other with a regular lacing variation closer to the central area. The boot comes with a set of guidelines on different lace variations by Puma of which I abandoned after 5 minutes of trying. They always look cool on paper but it’s a lot tougher and mind boggling than expected. My biggest advice when lacing up your Puma Future? Keep it simple.

On the surface, it does look like a minor facelift but there’s been some small tweaks to its successor – the Puma Future 2.1. For one the lacing options a more limited on the Future 2.1, especially in the forefoot area. Puma decided to fortify this area with a protective TPU skin. This isn’t a bad thing as we never got down to looping the laces to such an extent.

The midfoot area on the Future 2.1 has gotten softer out of the box as well which is a positive considering that the 18.1 needed a few games to fully break in the upper. The super comfortable evoKNIT sock has seen a change. The 18.1 had a stretchy material that goes through the midfoot that allows the boot to accommodate a wider foot. This material is now a lot higher up the boot which means that there’s less room for stretch on the 2.1 though it might help with lockdown.

Overall, do not expect a dramatically different fit just because you’ve managed to change the lacing structure. Despite having 2 different configurations on feet, the fit did not vary too much for both sides. Approximately 80% of the fit is based on the boot’s structure and evoKNIT sock while there is some room for a slightly different feel based on your lacing. If the boot is too tight or loose when you’re trying them on, don’t expect a change in lace pattern to magically change the fit. Do try other sizes that fit you better.

For the most part, I do feel that the regular lace configuration that comes out of the box is sufficient for most players and would not require much re-lacing. Still, it’s a cool feature if you’re keen on creating elaborate patterns on your boot.

Looking into the Future

On the ball, the Puma Future 2.1 feels…. just alright but not special. The upper feels a little plasticky (especially around the area with the TPU layer) and slightly padded but it lacks a unique touch and feel about it. We’ve had plush leather and even soft knitted uppers which carry their own range of sensations. The upper for the Future doesn’t feel bad but for a steep starting price of S$299+, I was expecting a bit more from the Netfit upper. This is obviously subjective but striking and passing the ball felt a bit dull for my liking.

Readers have also asked if the Netfit upper would tear easily if stepped on by another studded boot. We’ve not faced such issues and we’re quite sure that the Netfit material is quite strong. It helps that the net hugs the upper quite closely so as to avoid any loose spaces – reducing the change of a stud getting in there in a 1-on-1 situation.

The boot was relatively comfortable with a synthetic suede liner around the heel area which alleviated any possibility of blisters. The soleplate, however, was a mixed bag when it came to comfort. They are marketed as FG/AG but they look to be more suited to FG than AG due to its length. They’re a mix of bladed and conical studs to provide a mix traction in the midfoot area with mobility in the forefoot respectively. I did notice some stud pressure on AG surfaces and would have needed another few games to get used to the stud configuration.

A Bright Future for Puma

All in all, the Puma Future 2.1 is boot with excellent potential. I feel that future iterations (pun unintended) of the boot should come slightly lighter and with a thinner knitted upper to reduce the dull sensations of the plasticky surface. The studs can be modified to work equally well on FG and AG surfaces like the boots from adidas.

That said, the current boot is still pretty good. The design is sleek and narrow enough to be labelled a speed boot and Puma’s spin on the lacing concept helps it stand out further in. The Future is one of the coolest looking boots to have launched in the market, which is no mean feat. It was very brave of Puma to eradicate their Evospeed line for this but their courage has certainly paid off. Puma’s relevant again and we hope this allows the big cat to kick on.

Their next goal? To make the Puma Future look and feel not just “good”, but to be truly special.

Thank you to the good people of The Arena for letting us shoot on their facility. They are also featured on our article on the Best AG pitches in Singapore. Do check it out.

Final Thoughts
An innovative boot which has made Puma relevant again. Puma should look into a more accommodating cut for wider footed players.
The Good
Cool, unique concept
Great looking boot
Customizable fit
Aggressive traction on FG
Comfortable fit with evoKNIT sock
The Bad
Studs are too aggressive for AG surfaces
Touch feels dull
7
out of 10
Check for the best prices at
Puma.comProdirect Soccer