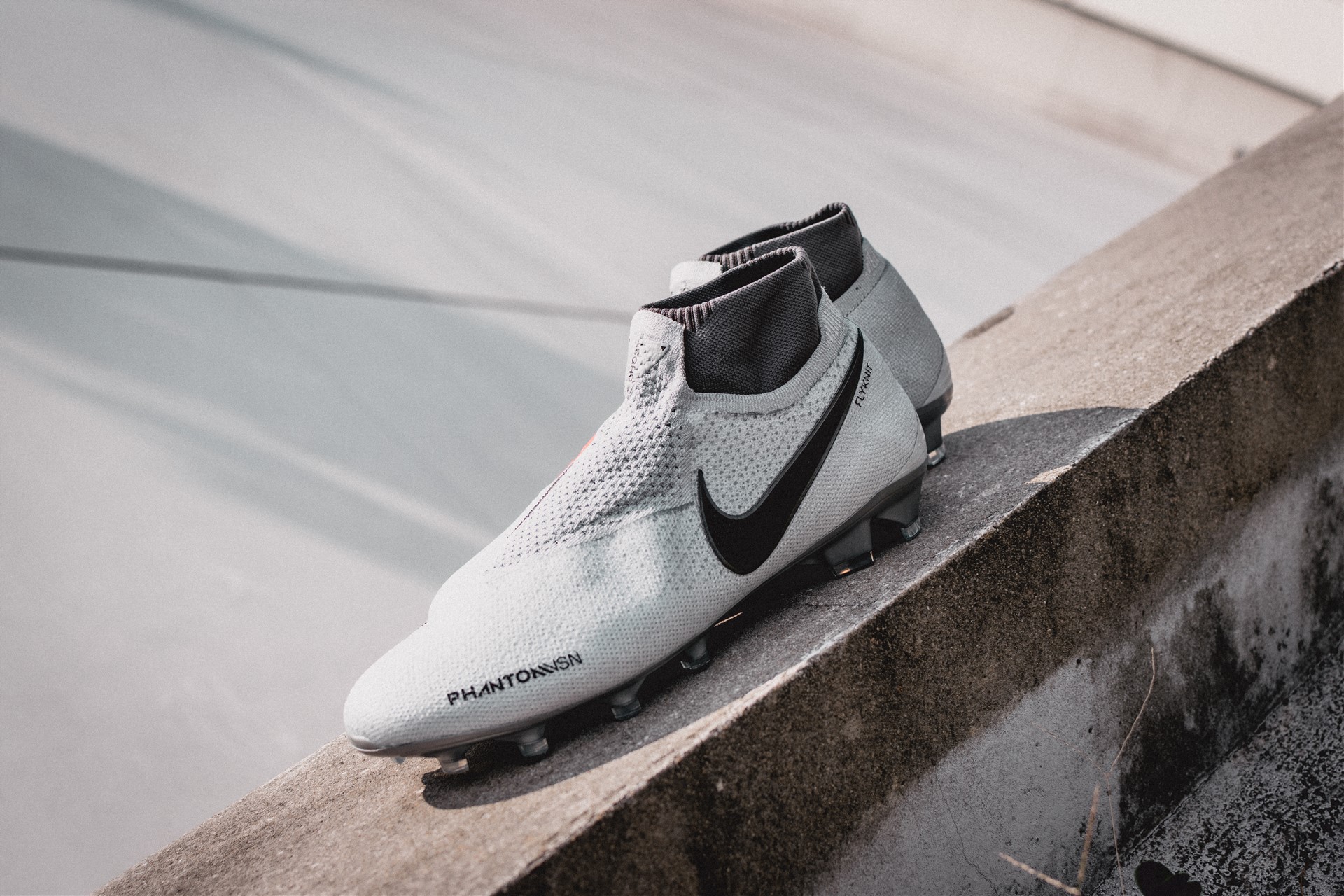 9
out of 10
Shop Nike PhantomVSN below
Nike.comProdirect Soccer

Can a boot made with next gen materials be the perfect fit for the modern playmaker?

Have you ever wondered if Nike just really loved their abbreviations? They redefined the control game 10 years ago with their first control boot, the CTR Maestri, and have now come full circle with the PhantomVSN. It started with the CTR’s dampening pods to cushion and control the ball to the midcut and flyknit revolution of the Magista Obras.

The Magista 2s took quite a drastic turn in concept, with a thick pillowy 3D textured upper and an overall chunky build. Despite is popularity, Nike tore up the script and stitched this one from the ground up focusing on a snug fit and a closer touch to the ball. The result? We might just have the best knitted boot on the market.

4 years ago, Nike were the first to incorporate knitted technology in a mass produced boot and they have shifted a gear up in their knit tech since. The main star of the show today is the Quadfit mesh that forms the base layer of the boot. This mesh is making its debut for Nike as the Swoosh claims that this technology would form the backbone of many of their future footwear. Putting on the PhantomVSN was not as tough as some reviewers claim for it to be and it was certainly easier to put on than the Magista Obra 2s for sure. Once my foot was slid in, it was a sensation that I have never felt before.

Quadfit has a very tight compressive feet yet it was not constrictive. It held my foot in place but also conformed to my foot’s shape and was very comfortable at the same time. Fascinatingly enough, this inner layer is not connected to the Flyknit upper. Stick your hands into the boot and you’ll realize that there is a separation of space from the Flyknit upper though this space would be filled up the moment your foot is in place.

Then we come to the Flyknit material on the upper. Nike has experimented with Flyknit so much so that there are elements of it on all their 4 boot silos. Even the leather Tiempos carry a Flyknit tongue. However, the treatment of Flyknit on all the boots are different with texture, density and rigidity varying tremendously. If you’ve owned a Nike Flyknit running shoe, you’d notice that none of the football boots have their upper as soft and porous due to the intense demands of football.

However, the PhantomVSN’s upper is Flyknit at its softest on a football boot. The middle area that covers the tongue is soft and super stretchy to accommodate a lateral stretch when you slip on the boots. However, the rest of the boot is treated with a thin layer of waxy protection to fortify the knit and a very obvious “sandpaper-like” bump that covers the whole boot for all-round traction. Nike ups the ante with these rough bumps around the instep area which is also covered with these 3D triangular patterns to help control the ball better.

Last but not least, while the boot looks to be laceless, the laces are actually connected to the Quadfit mesh and sits right in between both the mesh and upper. A single pull of the laces will do enough to secure your feet and the raised tongue helps protect and hide your tied laces beneath it. I like the idea of covering your laces, not for a cleaner strike surface, but to limit any movement and the possibility of your laces coming untied. This was something that I’ve come to appreciate in my review of the fold-over tongue in the Nike Premier 2.0. I really hope Ghost Laces become a thing for future Nike boots as I could really get used to this.

A VSN for Performance

The PhantomVSN is buttery soft out of the box. No break-in time, it’s ready to go. I loved how locked in I was and moving in the boots felt extremely responsive without compromising comfort – something I faced with the Tiempo Legend 7 which had amazing lockdown but it was too rigid and uncomfortable. 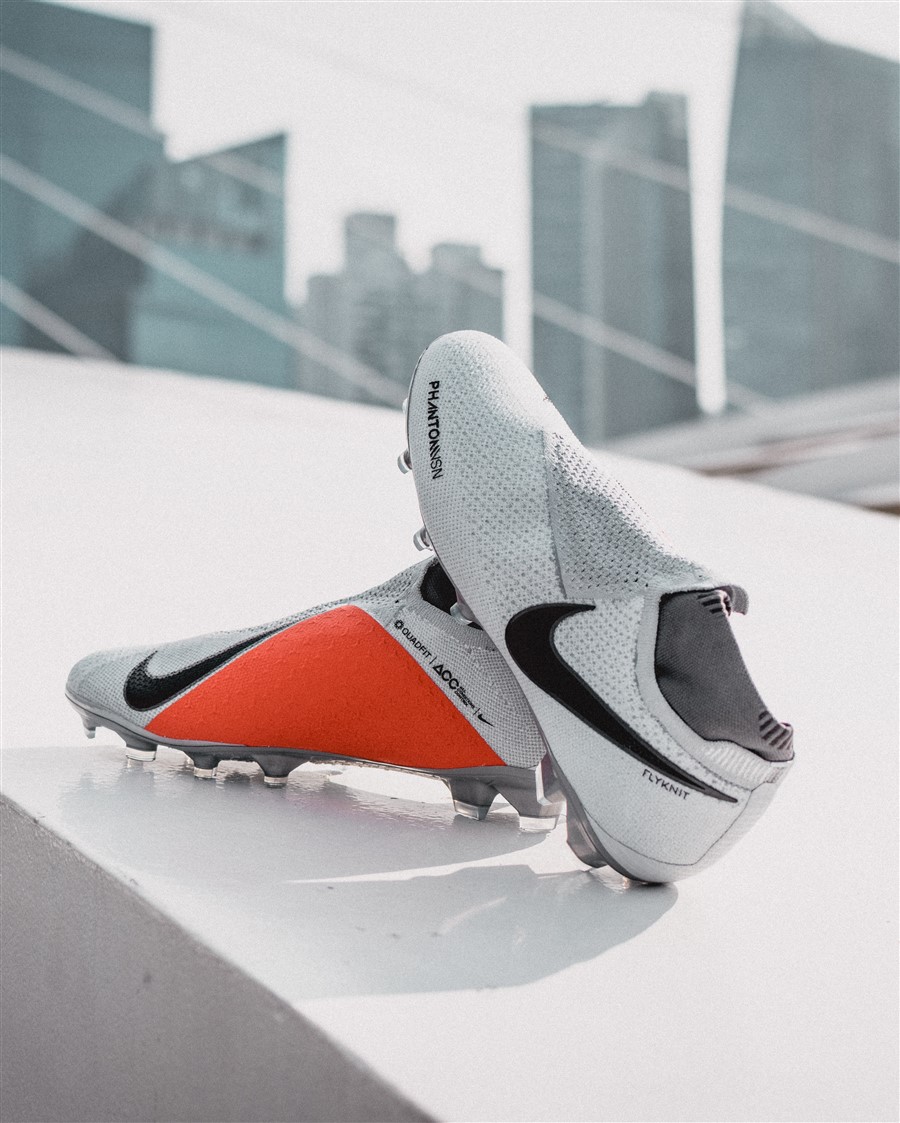 The touch on the ball was also exquisite. Despite having a 2 layered composition, I never once felt disconnected from the boot with every touch. The rough, gravelly surface did help with my control but let’s be honest here, you’re not going to turn into Andres Iniesta with these on feet. However, I can’t help but marvel at the attention to detail with the shape of the 3D bumps which get more aggressive around the instep and strike area.

The heel counter is also very soft and pliable providing a moderate amount of protection at best but it’s mainly to provide a maximum level of comfort. I loved feeling sharp, agile, responsive and comfortable at the same time with a boot that moulds itself around what you feet needs. I never want to remove the boot and I can wear it all day! Maybe this was why Eddie Brock couldn’t let go of the Venom symbiote. #weareVSN

The stud pattern is a lot more aggressive than expected. The studs in the heel are bladed while those in the forefoot take on a mixed of rounded and angular shapes, planted onto a raised webbed pattern that limits movement when planted. I personally prefer a stud pattern that promotes mobility and unfortunately the PhantomVSN was made more for aggressive traction. My preference is subjective of course but I’d like to think that the modern midfielder who wears these boots would appreciate a boot that allows them to move a little more easily across the park.

A very important note of caution. Do not ever wear the FG stud variation on AG surfaces. I have noticed many players who make do with FG studs on AG and sometimes you can get away with an FG boot not causing any issues on AG. The PhantomVSN Elite FG, however, is meant purely for firm, natural ground. I took these out to an AG pitch and the stud pressure was unbearable – especially on the lateral side of the mid-foot area. 1 hour in and I could hardly jog in them. After my 2 hour session, I could hardly walk and the aches still persist 2 days after the game. If you play on AG surfaces, I would greatly recommend you buy the AG stud variation which is on sale on Prodirectsoccer and Unisport.

I do wish that Nike follows in other boot manufacters’ footsteps in making an FG/AG hybrid boot for many of us who are playing on both types of pitches. Hybrid boots may look more FG-centric but I can’t fault their performance on AG which brings little to no stud pressure. I’m sure that if Nike took this approach, it would alleviate the need for us to buy 2 separate top-grade (and expensive) boots for 2 common surfaces. I get that the AG pattern is not as marketable or sexy but I’m sure there is a middle ground approach. If the competitors could get it done, so can Nike.

Read more about the difference in stud patterns in our article here.

Best Knitted Boot in the Game

I’ve never worn a boot that felt like this. It’s addictive and a major pleasure to wear. I believe the PhantomVSN has pushed the boundaries for comfort and response and has thrown the gauntlet to the industry on being able to merge these features together. Nike also brought their A-game to design with nice touches on the boot such as a holographic sheen to the swoosh and soleplate. Despite being an amazing boot, there are still improvements that Nike can make to this new silo. 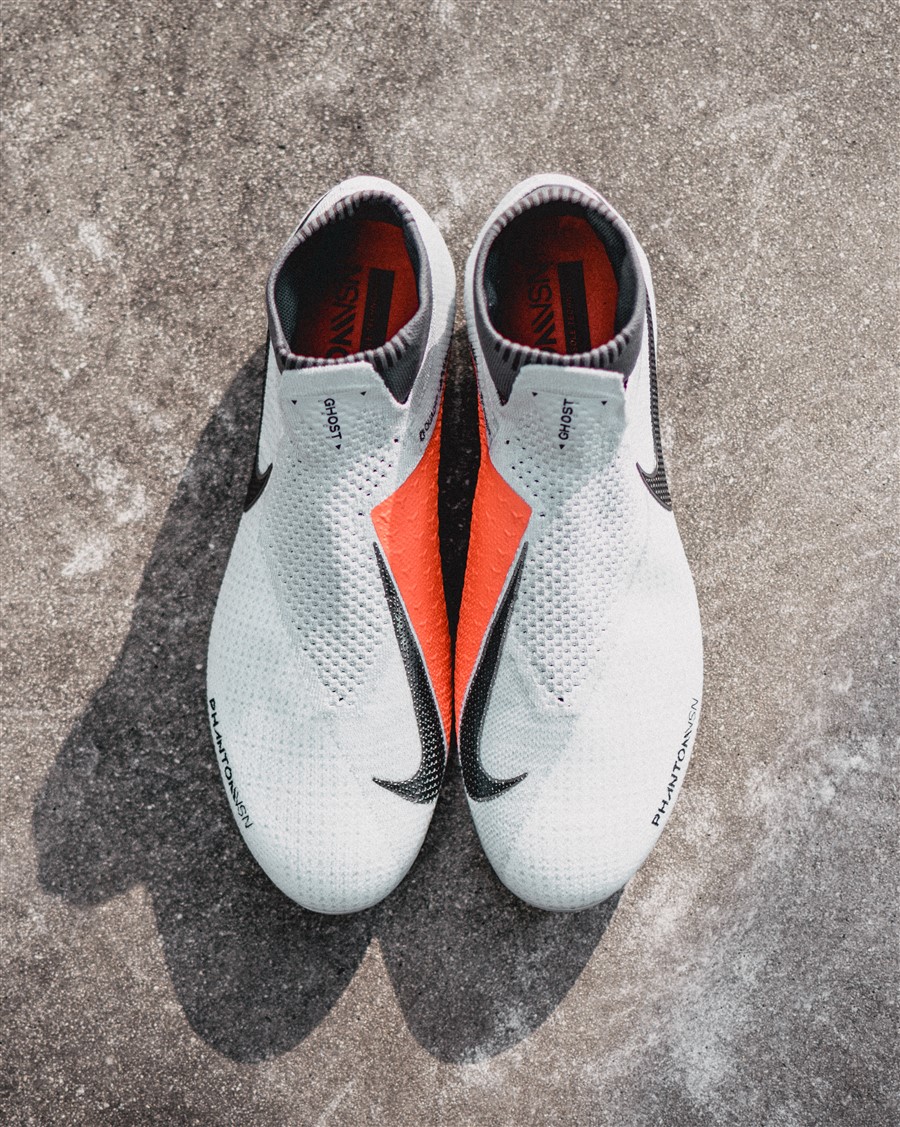 The sock adds very little value except maybe to guide your foot into the Quadfit layer. It is a sleek looking boot but I’m sure Nike can reduce the bulk just a wee bit on the instep area.  And the faster they can come up with an FG/AG soleplate hybrid, the better it is for everyone.

Nike has had a vision into the future (pun unintended) and it is for footwear that responds to your every movement. In the age of algorithms and artificial intelligence, they may have just found its equal in the Quadfit fabric that keeps the fit uniform despite aggressive movement in all directions.

The PhantomVSN has given us a taste for this and I love this boot to bits. Bring on the Nike Flyknits of the future. They’re going to take the world by storm.

Final Thoughts
An almost perfect boot with exceptional build quality and detailing. If only those soleplates could have been FG/AG compatible.....
The Good
Unparalleled compression fit
Sleek, modern design
Exceptionally soft Flyknit upper
Coarse texture helps with grip
Premium detailing on the design
The Bad
The socks serves little purpose
Steep pricing
Soleplates not compatible on AG
9
out of 10
Shop Nike PhantomVSN below
Nike.comProdirect Soccer