And a story of a beautiful pair of limited edition Predator Accelerators.

It all started from my interest in sneakers. From a growing sneaker resale market on GOAT.com to the hype around Complex’s excellent sneaker shopping and Sole Origin documentary series, it seemed that there was a big market for people to “flip” their kicks for profit if they got their hands on a coveted pair.

So there I was in August 2018, with the re-launch of the adidas Predator Accelerator in sight. It looked glorious and seemed ripe for a “flip”. It had a hefty price tag of about SG$499 but my greedy mind told me that it could fetch me a price of above SG$700 due to its limited status. If it could work for sneakers, it should work for one of football’s most iconic boots, no?

Oh, I was dead wrong. Firstly, sneakers retail for about half the price the Predators did so they were smaller investments than football boots. Secondly, the football boot market is nothing like the sneaker market. Football boots don’t have the same versatility as a pair of sneakers. You can’t wear them out to the mall, on a date or even to the gym. They’re relegated to the football pitch and/or your display at home.

And finally, demand is low for football boots. I’ve listed the boots on eBay, Facebook groups and even tried to do so on GOAT.com but to no avail. People were not biting, save for that one guy who tried to buy it off from me for SG$150. I can sense a bright future in comedy for that man.

Football boots, like cars in Singapore, are depreciating assets. Their price, whether it’s a limited release or a mass produced set, will also dip after a couple months on the market. If you’d like to buy football boots, buy them to display at home or wear them out on the pitch. But never buy them to sell for a higher price because that hardly works out for anyone. I’m sure there might be some out there willing to buy but 95% of the time, you’re going to be disappointed.

Unboxing my boots after a year

I knew that any dreams of recouping a respectable fee for my Predator Accelerators were gone when another seller on GOAT.com dropped their asking price to 50% of the original retail price tag. So I did what I felt was the right thing and decided to put it to good use – on the pitch.

Here’s a brief review where you’d least expect it.

My first impressions of the limited edition adidas Predator Accelerators were that the boots were, not surprisingly, chunky. In a size US9.5, they weighed in at about 290g. While this is lighter than the original due to the use of a modern soleplate, it still is a good 50-60g heavier than an average boot today. This is due to the thick leather upper, the rubber elements and the many other cosmetic layers that are stitched to the leather – all a one-to-one remake of the original Predator Accelerator.

Coupled with the added BOOST layer on the underside of the forefoot, your foot will be snugly sandwiched in the Predators once you put them on. Performance-wise, this is definitely a throwback to power boots of the past. There’s a lot of punch when you strike the ball right thanks to the grip pads across the forefoot. Once you get into the rhythm of the game, you don’t necessarily feel the weight of the boots as you’ll be too pre-occupied with wanting to strike on goal with this beast.

Due to the thickness of the upper, you might need 2 – 3 games in them before they fully soften up. Expect the overall touch on the ball to be quite padded by today’s standards so those expecting a natural, razor thin touch might get disappointed with these. The padded upper, however, does give me confidence when going in for those tackles and receiving a ball whizzed with speed.

The BOOST insole and forefoot outsole is a bit of a gimmick. They’re not thick enough for you to feel the bounce effect and they feel no different from the experience on the adidas Predator 18.1.

Overall, the Predator Accelerator is a tank by modern standards but one that I’ll gladly wear every day of the week. They look uber cool and are among the most stable and sturdiest boots I’ve owned. Are they worth the hefty price tag though? I don’t think so. This limited edition boot doesn’t perform that much better than most modern boots despite its higher price point.

What you’re paying extra is a cool piece of nostalgia and a fashion statement. That’s all good if you’ve got the cash. But if you’re not a collector and are just trying to flip them like a pair of limited edition Yeezys? Take it from me and keep that wallet where it belongs. 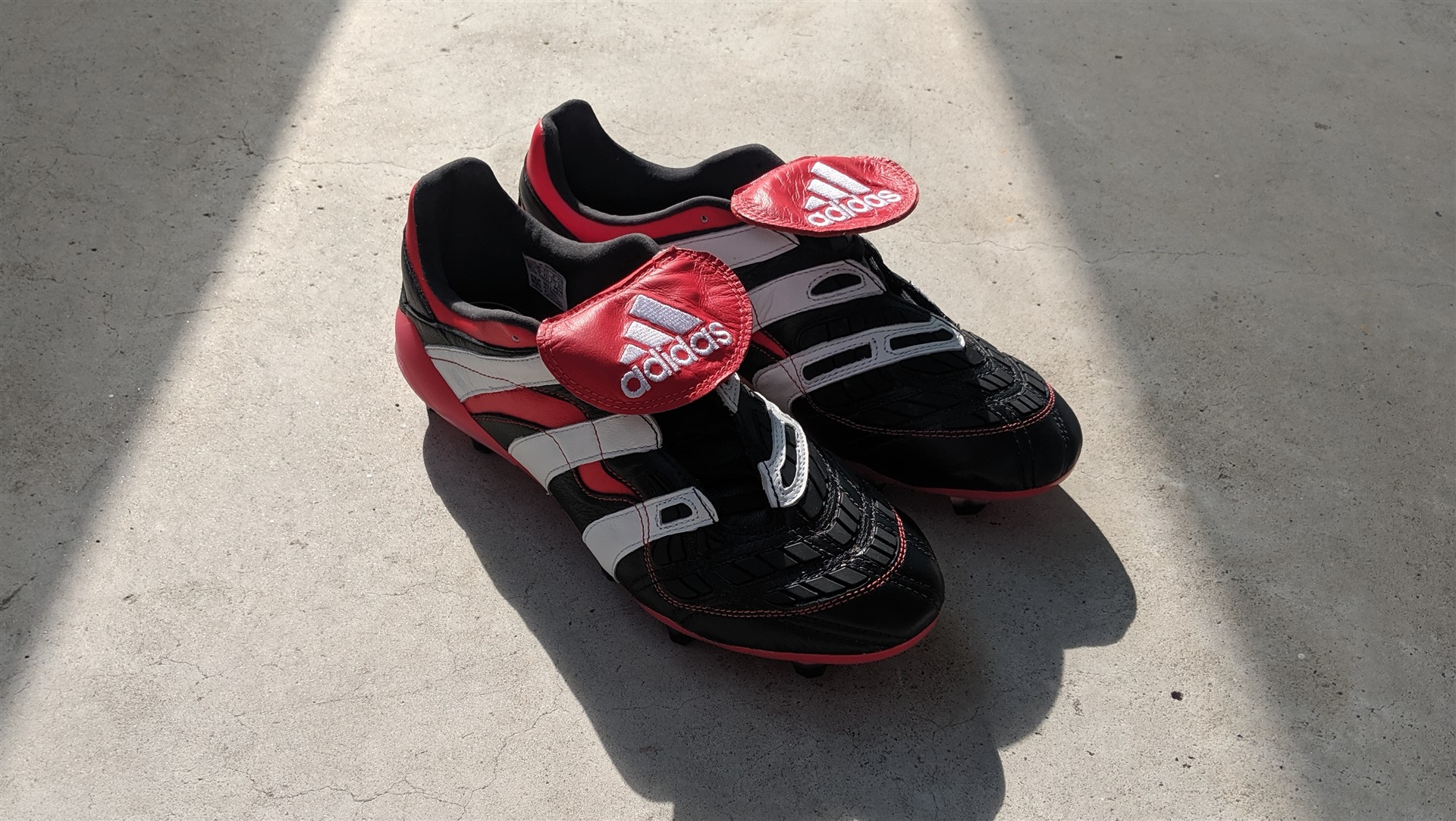 Final Thoughts
A solid boot that doesn't disappoint with its tank-like performance. Just don't buy it for resale purposes.
The Good
Sturdy and close fit
Padded touch for oomph and protection
Rubber grip pads
Gorgeous one-for-one remake
New AG compatible soleplate
The Bad
Heavy at 290g
Too expensive
9
out of 10

Has the Mercurial Superfly lost its way?