We explore the boots of one of the best playmakers of his generation.

Andres Iniesta has lit up many a television screen through his 18 year career at Barcelona. The diminutive midfielder seem to possess snake hips and a magnetic touch, bamboozling defenders with extraordinary close control and an ability to glide past them with ease. This summer, he departs from Barca and has retired from international football. We pay homage to Iniesta’s skills and the boots that mesmerized audiences and opponents alike.

Given his debut by then manager, Louis van Gaal, in Europe against Brugge, Iniesta never looked back. He gained the team’s trust over time to be a regular fixture for the blaugrana. Here, he started off with a pair of Premiers – a sign of simpler times.

Before it was converted into a striker’s boot, the Total 90 was designed for the energetic player. The comfort levels were supposed to be unparalleled, helping the player stay as fresh as possible for the full match – hence the name Total 90. The materials were made to be softer and lighter with elements of Nike’s Air technology incorporated into the boot.

Iniesta did stick with the Total 90 when it was converted into the Total 90 Laser which was fashioned for accuracy and striking.

Seemingly created for playmakers like him, Iniesta became the face of the new boot silo called the CTR360. Its main features include dampening pads on the upper and interior surfaces of the boot for greater control on the ball. Our favourite was definitely the second generation boot, the Maestri II and the silo was discontinued after the weak sales of the Maestri III.

The CTR360 generation also inspired this understated ad by Nike which showed his equally understated brilliance.

Nike ushered in a major revolution in football boot technology by designing the first knitted and mid-cut boot. This paved the way for the knit and “sock” technologies that have been implemented by rivals Adidas and Puma. The Magista debut at the World Cup to amazing acclaim with Iniesta front and centre as the face of the Magista.

Read about our impressions of mid-cut boots by clicking here.

This is where we say goodbye to Andres. The Magista’s second generation wasn’t much to our liking with increased padding, super wide fit and it was tougher to get our feet into the dynamic fit collar as compared to the previous version. Good thing that Iniesta wore the low cut model and was given a custom set for this last game at Barcelona. A classy colourway for a classy servant of the game. 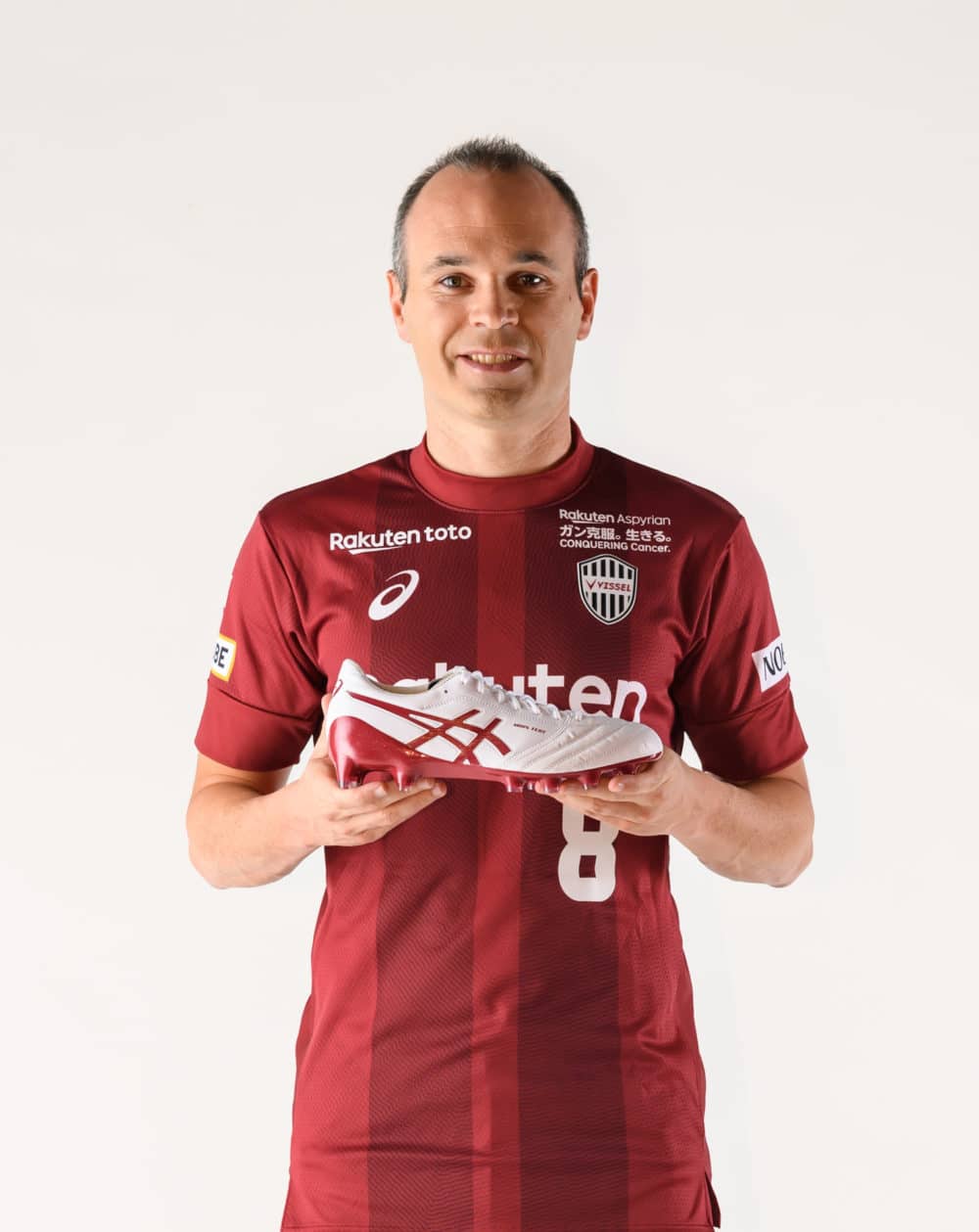 Iniesta moved to Kobe, Japan at the end of his long stint with Barcelona. Along with his connections to Catalan club, the midfield magician also cut his relations with long time partners, Nike, to head a new relationship with Asics. It comes to no surprise that Asics were the first ones to pounce on Iniesta considering that they’re the kit suppliers for the player’s new team, Vissel-Kobe.

As part of their new partnership, Iniesta will not only be the face of the brand but also work on product development (most likely football) for customers in Japan and China before expanding across the globe.